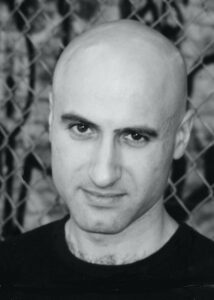 Conductor, composer, writer and educator, Michael Adelson is a radical force in the world of music education. Currently Conductor-Clinician of the New York Philharmonic, he has also conducted the Chamber Music Society of Lincoln Center, the Philharmonia Orchestra in London, the Norwegian Chamber Orchestra, the Helsinki Philharmonic, the Finnish and Swedish Radio Symphony Orchestras, and many other ensembles in Europe and America. Equally at home in the opera house, Mr. Adelson has conducted Scandinavian produ tions of Puccini’s Turandot and La Bohème, Mozart’s Der Schauspieldirektor, and at the Stockholm Folkopera, the world premiere production of Qu Xiao- Song’s Oedipus.

An internationally sought-after educator, he teaches conducting worldwide, and leads workshops in orchestral technique for young musicians and music educators. He has served on the faculties of the Mannes College of Music, the State University of New York at Purchase, and Connecticut College. In addition, he has also conducted at the Manhattan School of Music, the Cleveland Institute of Music, and Harvard, Columbia and Brandeis Universities. He served as Chief Conductor of the Ylioppilaskunnan Soittajat in Helsinki, and as the Principal Conductor of the first annual Rencontres Musicales Européennes in France. He conducted a workshop for composers at the Venice Biennale, taught chamber music at Helsinki University, and led opera, orchestral, and chamber music master classes at the Accademia di Musica in Sassari, Italy. Mr. Adelson has written and conducted young people’s concerts with the New York, Helsinki, and Los Angeles Philharmonic orchestras. He lectures widely on subjects as diverse as the links between mathematics and music, critical thinking, great historical cities as centers of culture, and twentieth-century art history. He is currently writing a book for non-musicians on the art of conducting.

Mr. Adelson is deeply committed to music of our time, having worked with composers such as Pierre Boulez, Bernard Rands, Harrison Birtwistle, Magnus Lindberg and Donald Martino. In addition to having served as Principal Conductor of the Auros Group for New Music in Boston, he frequently guest conducts other new music ensembles, including Speculum Musicae, the New York New Music Ensemble, the Locrian Chamber Players, the Cygnus Ensemble, Dinosaur Annex, and the Fromm Players at Harvard. He has led world premieres at the Venice Biennale and the Ultima Contemporary Music Festival in Oslo, and has introduced new American works to Japan, England, Estonia, and the Scandinavian countries. His own works have been performed by the New York Philharmonic as well as other ensembles and soloists worldwide. He is founding member of the Present Eye, an organization dedicated to experimental music and art.

Michael Adelson studied at the New England Conservatory, the Mannes College of Music, and graduated with Highest Honors from Jorma Panula’s conducting class at the Sibelius Academy in Helsinki.